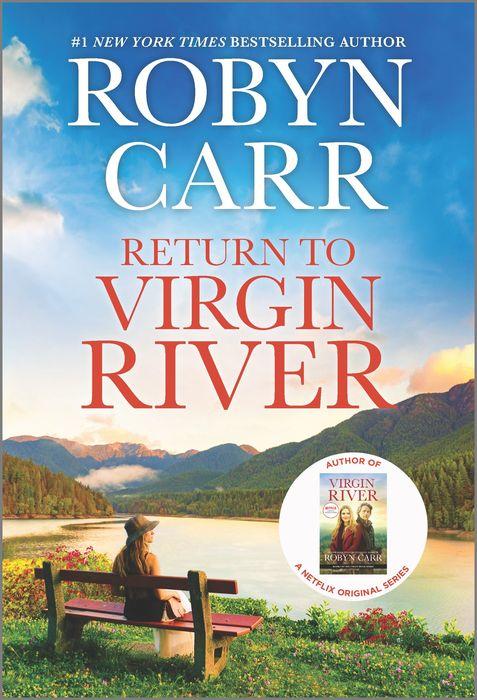 “Carr is a master of charming small-town ambience.” —Publishers Weekly

Kaylee Sloan has wonderful memories of the woman who raised her. But the memories are prolonging her grief over her mother’s recent death. A successful author, Kaylee hoped she could pour herself into her work. Instead, she has terrible writer’s block and a looming deadline.

To escape distractions, Kaylee borrows a cabin in Virgin River. She knows the isolation will help her writing, and as she drives through the majestic redwoods, she feels inspired. Until she arrives at a building that has just gone up in flames. Devastated, she heads to Jack’s Bar to plan her next steps. The local watering hole is the heart of the town, and once she crosses the threshold, she’s surprised to be embraced by people who are more than willing to help a friend—or a stranger—in need.

Kaylee’s world is expanding in ways she never dreamed possible. And when she rescues a kitten followed by a dog with a litter of puppies, she finds her heart opening up to the animals who need her. And then there’s the dog trainer who knows exactly how to help her. As Kaylee’s grief turns to joy, she realizes there’s no better place to start over than Virgin River.

“Carr is a master of charming small-town ambience, and the 21st romance in her Virgin River series (after My Kind of Christmas) does not disappoint. Suspense novelist Kaylee Sloan leaves her Southern California home and heads up the coast to hunker down in remote Humboldt County, hoping the seclusion will offer her space to meet the deadline for her next book and mourn her late mother. Unfortunately, she arrives at her rental right as the fire trucks are leaving, finding it charred and uninhabitable. In steps handsome artist Landry Moore, who offers to rent Kaylee a small house on his property in the quaint town of Virgin River. Soon, Kaylee’s setting suspense aside for romance, both literary and personal. But their budding relationship hits a bump when Landry’s long-estranged wife arrives, wanting a second chance. Carr nails the sometimes-painful process of writing, painting Kaylee’s work as one of the toughest and most rewarding of pursuits, while skillfully building passion between her hero and heroine. Longtime fans will relish glimpses of past favorite characters, who add depth and joy to this sweet romance. Fans and new readers alike will delight in visiting Virgin River.” — Publishers Weekly (Reviewed on 09/25/2020)

Kaylee Sloan—35-year-old well-known suspense novelist, runs away from the grief of losing her mom and heads to Virgin River to focus on her writing.