Watch the Series — Read the Books

The SULLIVAN’S CROSSING TV Series, based on Robyn Carr’s bestselling 5-novel series, is coming soon! This original series started production in summer 2022 with a projected release date in 2023. Here’s the announcement.

Join Robyn Carr in Sullivan’s Crossing, where campers and hikers, bikers, rock climbers, fishermen and nature lovers refuel, refresh and recharge. Strangers warm by the fire of a general store passed down through the generations, an outpost now owned by a friendly guy named Sully. People tend to hang out on the store’s wide front porch, so pull up a chair. The beer’s cold, the air’s fresh, and the company’s good.

Here’s the press release about the exciting casting.

First-look photos: The Sullivan’s Crossing TV series is filmed in beautiful Nova Scotia, Canada. Here’s an exclusive look at the new series based on the bestselling book series by Robyn Carr including a targeted release date and first-look photos! Check out this exciting article from Variety! 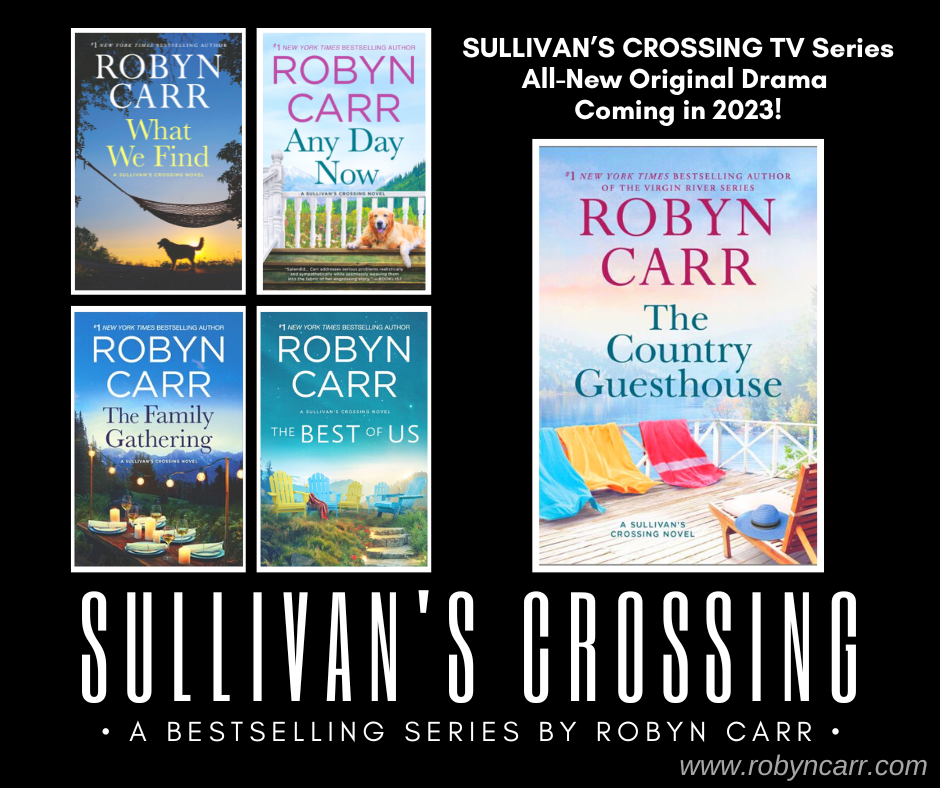