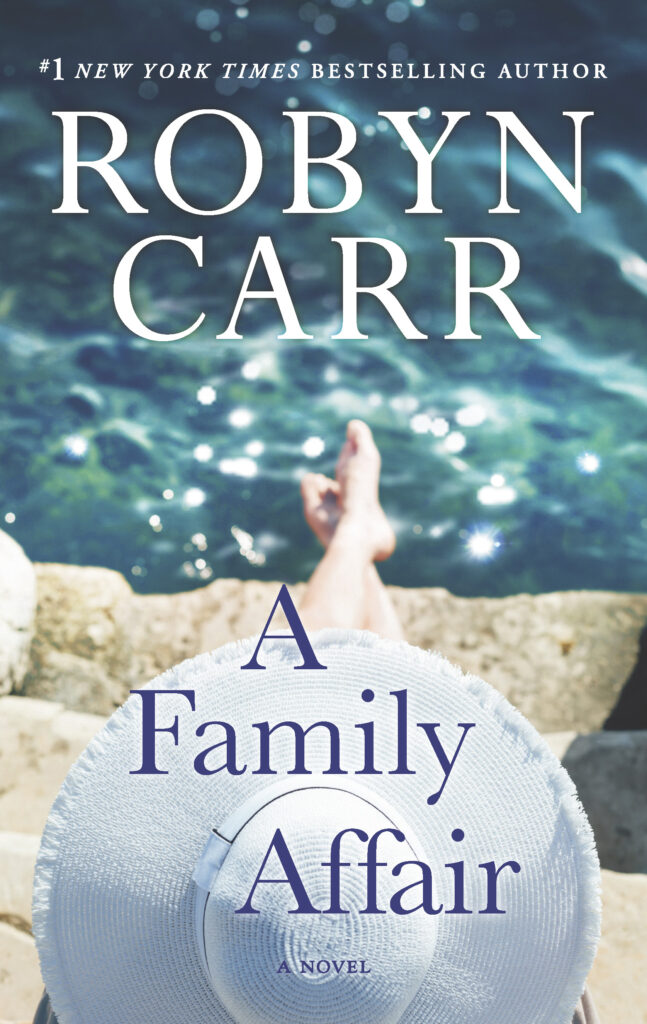 Anna McNichol knows how to take charge. Raised by a single mother, she’s worked to ensure her three children have every advantage she didn’t. And while her marriage has its problems, she values commitment and believes in till death do us part. Now an empty nester, she’s at the peak of her career and ready to seize the opportunity to focus on her future.

But life can change in an instant, and when her husband dies suddenly, Anna’s carefully constructed world falls apart. The mysterious young woman at the memorial service confirms her husband had been keeping secrets and Anna is determined to get to the truth.

For once, she doesn’t have the answers. Her kids are struggling with their grief, her mother’s health is in decline and Anna needs closure. Faced with one challenge after another, she finds support from an unexpected source. And as she puts her life back together, Anna realizes the McNichols may not be perfect but they’ll always be family and family is forever. 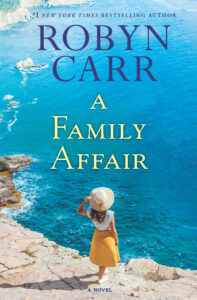 The celebration of life was not held in a funeral parlor or church but rather in a fancy clubhouse in an upscale Mill Valley community. It was furnished with comfortable sofas, chairs, small round accent tables, thick carpet and carefully chosen art. Its primary purpose was for hosting parties. Resi­dents in the community could rent it for events, which Anna had done. There was a huge viewing screen upon which the pictures of Chad’s life played, a hundred and fifty of them, carefully and lovingly chosen by Anna with a little help from the kids. Every picture had Chad in it, starting from old child­hood prints she’d inherited from Chad’s mother years ago. She’d glance up to see one of him in a high school football uniform looking the worse for wear with a big grin on his dirty face; she caught a huge blowup of their wedding picture; there was one soon after of him with baby Jessie asleep on his chest. There were many pictures of Chad alone, a few of Chad and Anna, one of a young Anna gazing lovingly up into Chad’s face, several family groupings. The focus was Chad, his life, his accomplishments, his achievements, his happiness, a few of the important people in his life. Chad, Chad, Chad. Just like before he died.

Things had been tense lately, but she remembered those younger years fondly because, although it hadn’t been easy, they had been deeply in love. They met through what can only be described as fate, as destiny. In fact, their meeting was a legendary family story. Anna had been in San Francisco, shop­ping on her lunch hour down at Fisherman’s Wharf. Shopping but not buying, which was typical for her as she had been and still was very frugal. She loved the sea lions, enjoyed watch­ing tourists, sometimes found bargains at Pier 1, enjoyed the occasional meal on the pier.

On that day, something strange happened. She heard a pan­icked cry rise from the crowd of tourists on the pier, saw a food truck trundling across the pier without a driver, picking up speed. A man in work clothes and apron was chasing the truck. She only had seconds to take it in. It seemed the food truck, its awning out and moving fast, was headed toward a group of people. Right before her eyes the truck knocked a man off the pier before the truck was stopped by a barricade.

The man, completely unaware, flew off the dock and into the water below, startling a large number of fat sea lions who had been sunning themselves nearby.

The sea lions scrambled into the water and the man was flailing around in a panic. Someone yelled, “He can’t swim!” Hardly giving it a thought, Anna dropped her purse, kicked off her shoes and jumped off the pier, swimming to the man. Getting to him was no challenge; she practically landed on top of him. But he was hysterical and splashing, kicking and sputtering. “You’re okay, come on,” she said, grabbing his shirt by the collar. But he fought harder and sank, nearly pulling her under with him.

She slapped him in the face and that startled him enough he could let himself be rescued. She slid her arm around his neck and began pulling him to the dock where a couple of men seemed to be standing by to pull him in.

There was a lot of commotion, not to mention honking noises from sea lions. Anna was shivering in her wet clothes and all she could think at the time was how was she going to locate a change of clothes for her afternoon at work. Then there were emergency vehicles and a handsome young police officer draped a blanket around her shoulders and took a re­port. The near drowning victim was taken away in an ambu­lance and Anna was given a ride to her apartment by the cute policeman. She was delighted and surprised when the police officer called her a week later. She almost hyperventilated in hope that he’d ask her out.

“The man you pulled out of the water has been in touch. He wants your name,” the officer said.

“I don’t think so,” he said with a laugh. “He seems very grateful. He won’t have any trouble tracking you down but I said I’d ask. He probably wants to thank you.”

The man’s name was Chad. He was finishing up his PhD at Berkeley while she was working in a law office in the Bay Area. She was twenty-three and he was twenty-seven and she was not prepared for how handsome he was and of course much better put together than when he was dragged out of the water.

He took her to dinner and, as she recalled, their first date was almost like an interview. He wanted to know everything about her and was utterly amazed to learn she’d had a job as a lifeguard in a community pool for exactly one summer when she was a teenager and yet jumped in to save him with total confidence. They fell in love almost instantly. The first time they made love, he asked her to marry him. She didn’t say yes right away, but they knew from the start they were made for each other. What they didn’t know was how many fights they’d have. Very few big fights but many small ones; she thought of them as bickering. They fought about what was on the pizza; a scrape on the side of the car that was not her fault, not even remotely; what kind of vacation they should have and where they should go. As Anna recalled, they always went where Chad wanted to go. They fought about what movie to see, where to eat, what was grumbled under his or her breath.

They fought seriously about his affair. That was in the dis­tant past but it took a long time to get over. Years. But when they finally pledged to stay married, to do their best to make it good, they fell into bed and had the best sex of their lives. And they had Elizabeth.

That experience was how she knew that all the excuses for this current marital rift, no matter what he called it, was probably about another woman and not them growing apart or having divergent needs. He wouldn’t admit it and she had no proof, but she had better than average instincts. She be­lieved he’d gotten all excited at the prospect of falling in love and was rewriting their history to make that acceptable. He was looking for an excuse that would make it reasonable to step outside the bonds of marriage. She could feel it; he’d been involved with someone else.