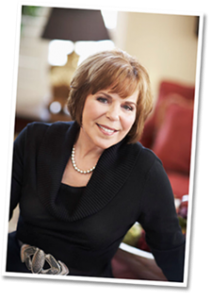 Robyn Carr was a young mother of two in the mid-1970s when she started writing fiction, an Air Force wife, educated as a nurse, whose husband’s frequent assignment changes made it difficult for her to work in her profession. Originally from Minnesota, they lived in all four corners of Texas, Alabama, Florida, California, Utah, Arizona and Nevada. Little did the aspiring novelist know then, as she wrote with babies on her lap, that she would become one of the world’s most popular authors of romance and women’s fiction, that 11 of her novels would earn the #1 berth on the New York Times bestselling books list.

Robyn’s A Virgin River Christmas scored her first New York Times success in 2008 and since then, the Las Vegas author’s novels have spent nearly 250 weeks on that prestigious list. Amazingly, sales of her books in digital and print have risen with each successive novel. Her 20-book Virgin River series alone has netted more than 13 million copies. That series’ sixteenth title, Bring Me Home for Christmas, scored the #1 slot not only on the New York Times list but on two others as well—Publishers Weekly and Barnes and Noble.

Proof of Robyn’s international popularity is also in the numbers. Robyn Carr titles have collectively sold over 27 million copies and have been translated into 19 languages in 30 countries.

As a sign of the significant contributions Robyn has made to the genre, the Romance Writers of America, the trade association representing 10,200 members who write romance and live in 35 countries, awarded Robyn the 2016 Nora Roberts Lifetime Achievement Award.

“I discovered romance novels when doctors instructed me to stay down and keep my feet up during a complicated pregnancy,” Robyn said. “A neighbor brought me ten paperbacks a week to read. And I was hooked. I started to write them, but it wasn’t an easy ride. After critiquing my third manuscript at a writers’ conference, one novelist suggested I find something to do for which I had talent. Fortunately, I ignored her and persevered. I was first published in 1978, with an historical titled Chelynne, but it took me 30 years to score that first New York Times placement.”

Although Robyn’s earlier novels were historicals, she found the voice that has resonated with readers by writing a blend of contemporary romance and women’s fiction—books that not only entertain but also address sensitive issues, such as domestic violence, Post-Traumatic Stress Disorder, workplace burnout and miscarriage, anything that can compromise a woman’s happiness because she’s female. There have been standalone novels—and wildly popular series. First there were the Grace Valley books, set in small-town California. Then came Robyn’s break-out, 20-story Virgin River series, which takes place in a rugged outpost in northern California’s redwood forests. Her nine-book Thunder Point series in a friendly coastal Oregon community has captured readers’ hearts. As a measure of their popularity, Robyn’s third Thunder Point novel, The Hero, debuted in the number one spot on eight national bestseller lists.

In April 2016, What We Find debuted in hardcover for MIRA Books and launched Robyn’s new bestselling Sullivan’s Crossing series. Set in the heart of the beautiful Rocky Mountains, What We Find explores the healing powers of rural Colorado in a story of fresh starts, budding relationships and one woman’s journey to finding the happiness she’s long been missing. Any Day Now, Sullivan’s Crossing book #2, was a New York Times bestseller and reached #1 on the Publisher’s Weekly bestseller list. The Family Gathering, book #3, was a New York Times, USA Today, and Wall Street Journal bestseller. Robyn’s women’s fiction novels also rank on bestseller lists. The New York Times and USA Today bestseller, The Life She Wants, October 2016, finds a woman humbly cleaning up after herself, paying her dues and rediscovering herself after poor decisions she made earlier in life. The Publisher’s Weekly bestseller, The Summer That Made Us, is a beautifully woven story about the complexities of family dynamics and the value of strong female relationships. All of Robyn’s books are about strong women

Besides strong, likeable characters who face real-life issues while making and maintaining close relationships with friends and lovers, what has made Robyn’s Carr’s novels phenomenally successful?

Two academics might have discovered the answer in their 2005 study of Robyn’s Virgin River series. Jessamyn Neuhaus, professor of U.S. history and popular culture at SUNY Plattsburgh, N.Y.; and John Neuhaus, who holds a Ph.D. in sociology from Western Michigan University and taught classes in social theory and inequality at Grand Valley State University, published their paper in the Spring 2015 issue of Studies in Popular Culture.

The series “shatters the order of things prevailing . . .,” they wrote in “Envisioning Utopian Possibilities in Robyn Carr’s Virgin River Romance Novels.” Virgin River “suggests a communal mode of living that contrasts in some important ways with the rampant individualism of twenty-first century American society . . . depicting Virgin River as a believable community that prioritizes friendships, sharing of resources, and social solidarity above individual achievement and consumerism.”

In Robyn’s own words, which they cited, “’Neighbors are committed to neighbors,’ who automatically come together in times of need.”

A better way of living? Who knows, but readers obviously enjoy reading Robyn’s stories about people who, the academics note, “prioritize relationships with each other over individual gain.”

Next up for Robyn: Robyn is now living her dream of writing one stand-alone women’s fiction and one contemporary romance per year. The fourth Sullivan’s Crossing novel, The Best of Us debuted on the New York Times, USA Today and Wall Street Journal bestseller lists in Jan. 2019. The View from Alameda Island, Robyn’s 2019 women’s fiction novel is about a woman, on her twenty-fourth wedding anniversary, who decides to leave her perfect-on-the-outside-life. She discovers an inner strength she didn’t know she had as she fights for the love and happiness she deserves. Netflix has taken notice of Robyn’s success and is producing a 10-episode series based on her fan-favorite bestselling Virgin River Series. The series will be released late 2019 or early 2020.

Robyn has fallen in love with the beautiful Nevada desert and unrivaled spectacle of Las Vegas where she resides. Her children are grown—her son is an orthopedic surgeon; her daughter, a police captain. Robyn says that, in addition to reading her novels and making snide remarks about how she’s used family scenarios to her advantage, they have made her a happy grandmother.