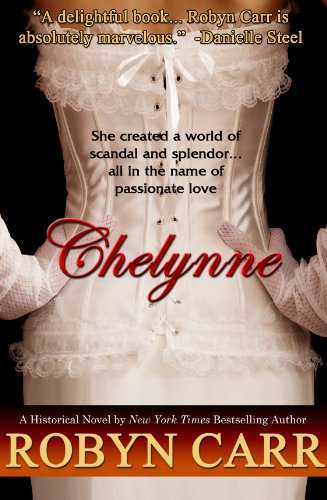 IN THE DECADENT COURT OF CHARLES II, SHE WANTED A MOST UNSUITABLE MAN—HER HUSBAND.

Orphaned and raised by her uncle, the feisty sixteen-year-old Chelynne resolves to show her gratitude by marrying the man of her uncle’s choice. Bracing herself for a graying, sickly noble, the last man she expects for a husband is the dashing future Earl of Bryant, Chadwick Hawthorne—suddenly, being a loving wife doesn’t seem too hard a task. But he spurns her affection and remains her husband only in name, never in deed. Tormented by unfinished business from his past and an uprising threatening his land, Chad resolves to keep his distance from everyone, including his young wife.

Chelynne will go to any lengths to ignite her husband’s passion and save their marriage. But when she finally goes too far, the Earl must share his dark secret before Chelynne loses her reputation—or worse, her life.

Set during the English Restoration, CHELYNNE is filled with political conspiracies, family secrets, and shocking affairs, creating a deliciously complicated plot. Fans of VIRGIN RIVER are going to love this historical novel written with Robyn’s trademark zest for life.

Robyn Carr is the #1 New York Times and USA Today bestselling author of The Virgin River Series and The Thunder Point Series, published by Mira. CHELYNNE is the first of her nine historical novels which have been released as digital editions.